Moya began her career in the field of well-being and Aesthetics in 2005 and not long after trained as a medical aesthetician.

Her passion to learn and to help others learn (and improve their well-being) was fully supported as she worked tutoring the beauty programme at Trillium College in Canada.

In late 2012, she received an email that would change her life and in June 2013, Moya began to create a new life here in England. By November that year, she was grateful to have been introduced to Body Kind Therapies and began building her client base there. Still holding a strong desire to learn and to help others she found herself tutoring again, this time for a VTCT training centre.

Over the years, Moya became more aware of her ‘healing hands’ and turned her focus to the areas of massage, holistic facials, crystal healing, reiki, meditation and most recently, yoga and reflexology. 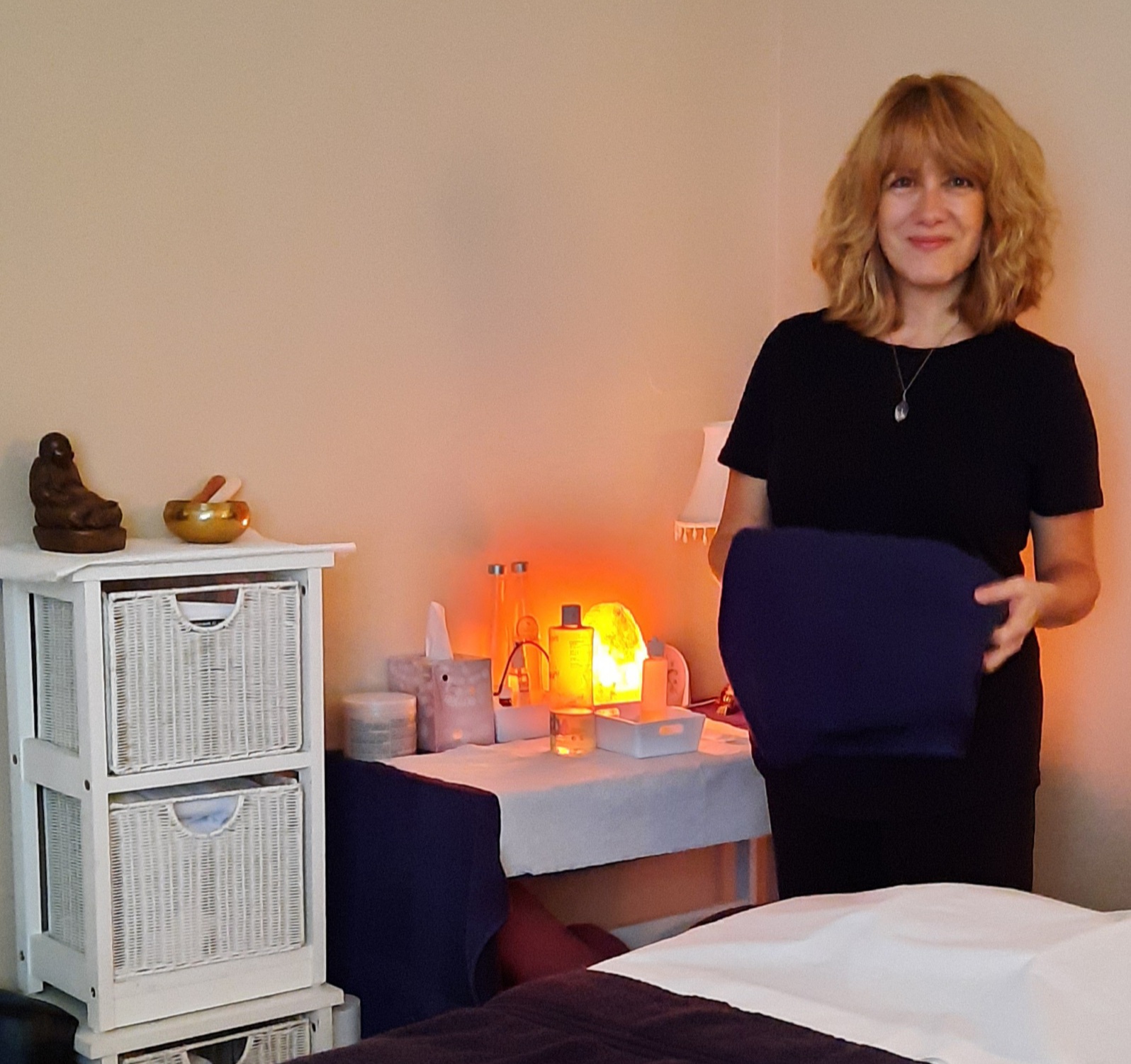 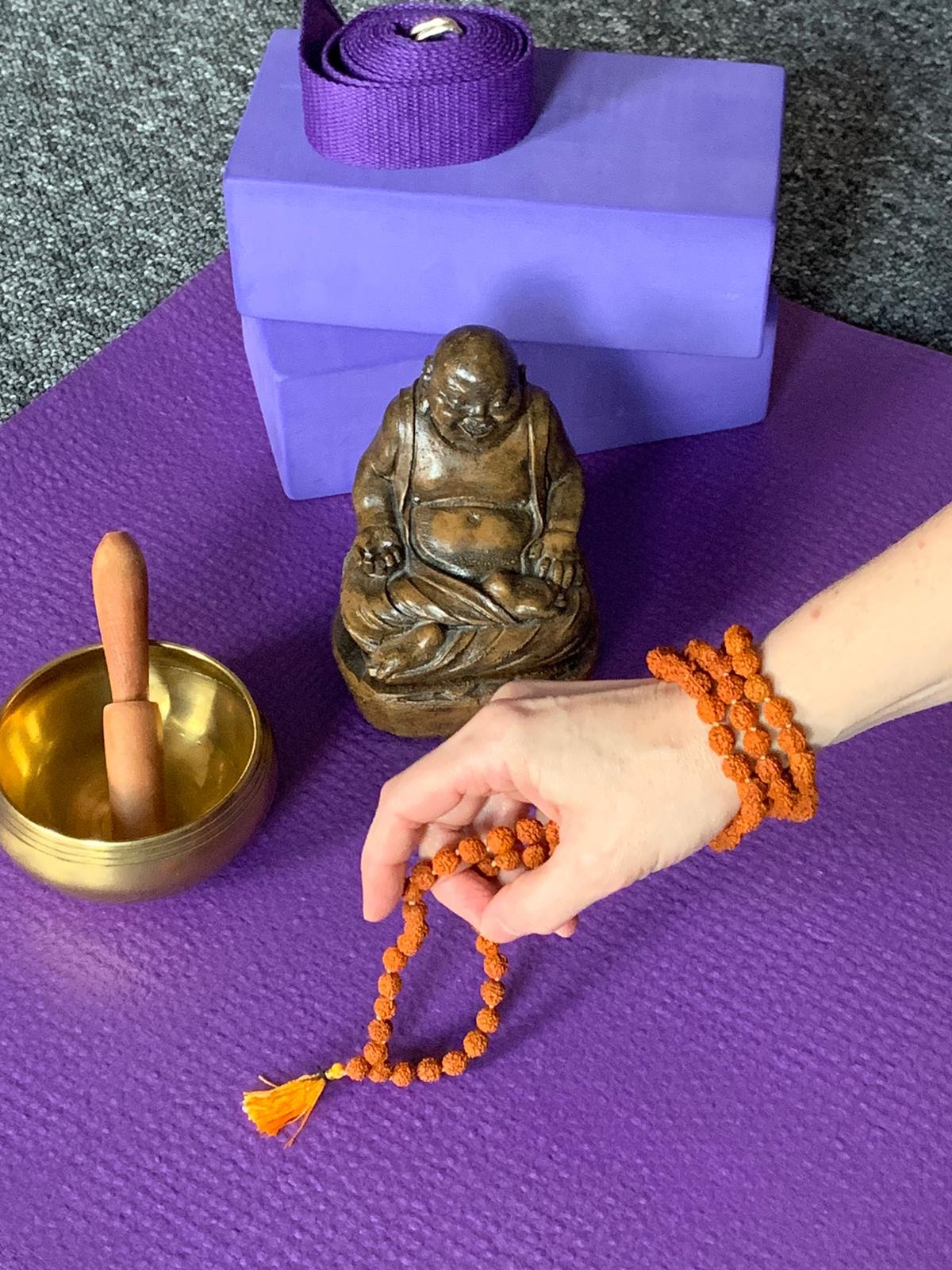 Utilizing her strong intuition, Moya treats each booking as a bespoke holistic session to ensure that mind, body, and spirit have been cared for and nurtured.

Now the founder of YOMA Therapies, (formerly Body Kind) Moya is fulfilling another dream of holding a space that welcomes all to explore the more ‘spiritual side’ of well-being whilst maintaining the integrity of several professional holistic treatments.Aside from treatment bookings, Moya also hosts meditation evenings, reiki shares, small yoga classes and a variety of workshops.

“‘ Moya's treatments always make me feel relaxed, calm and able to face whatever the world wants to throw at me. They are wonderful, enjoyable and Moya is fabulous.’”

“Out of curiosity I recently visited Sam for a Past Life Regression session.  This turned into a fascinating afternoon where I learnt so much about my previous lives and how this reflects on my life today. Further research on dates and places etc. proved just as interesting.   Thank you Sam.”

“I have had the pleasure of being a client of YOMA Therapies (formerly Body Kind) for over 20 years... Jill has calmed my eczema beyond my expectations, and, with reflexology, alleviated so many aches and pains. It’s hard for me to express how grateful I am to the team.”

We use cookies on our website to give you the most relevant experience by remembering your preferences and repeat visits. By clicking “Accept All”, you consent to the use of ALL the cookies. However, you may visit "Cookie Settings" to provide a controlled consent.
Cookie SettingsAccept All
Manage consent

This website uses cookies to improve your experience while you navigate through the website. Out of these, the cookies that are categorized as necessary are stored on your browser as they are essential for the working of basic functionalities of the website. We also use third-party cookies that help us analyze and understand how you use this website. These cookies will be stored in your browser only with your consent. You also have the option to opt-out of these cookies. But opting out of some of these cookies may affect your browsing experience.
Necessary Always Enabled
Necessary cookies are absolutely essential for the website to function properly. This category only includes cookies that ensures basic functionalities and security features of the website. These cookies do not store any personal information.
Non-necessary
Any cookies that may not be particularly necessary for the website to function and is used specifically to collect user personal data via analytics, ads, other embedded contents are termed as non-necessary cookies. It is mandatory to procure user consent prior to running these cookies on your website.
SAVE & ACCEPT